How An Open Coworking Space to Newark 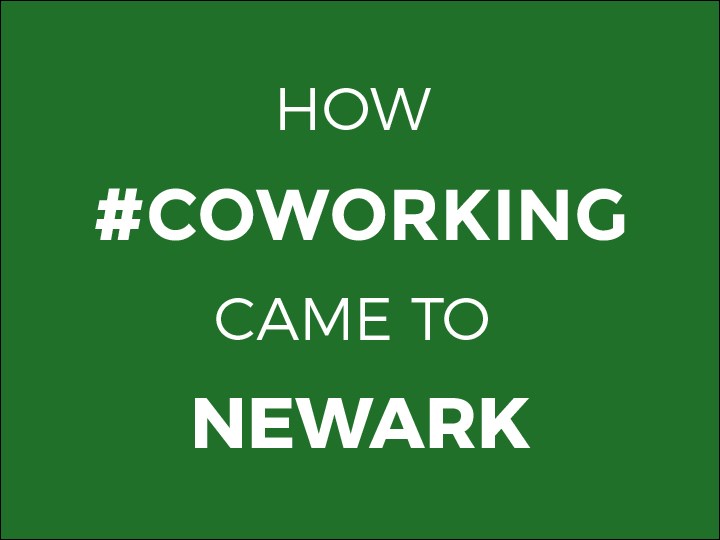 NEWORK Space officially opened its doors in November, 2017.  We find ourselves looking back to the beginning, and how #coworking came to Newark. This is the story of where it all began.

Teri Lowinger, a Newark native, has admired the charming downtown area since her childhood.  Yet, she recently saw much untouched potential, which is why she has dedicated her time and energy to the renovation of a long-vacant historical downtown building and the introduction of Newark's first coworking space, or shared office.  Always a forward thinker, Teri has a strong entrepreneurial vision, which runs in her family.  Her mother Rosemary's parents, Herman L. and Sara Art, founded H.L. Art Jewelers in the 1930’s. Fred Wollins, Teri’s father, who worked at the jewelry store beginning in the 1950’s, acquired the building that included 14 - 16 N. Park Place.  Though H.L. Art's has been a constant presence in town, various tenants used the space next door, and the back of the building was left vacant.

Seeing the back building years ago, Teri Lowinger and her husband, Fred Lowinger, a Chicago attorney, decided the building would be an ideal location for a coworking space. Teri had seen several Chicago coworking spaces in her work with investing in Chicago startups. She loved the energy and positive buzz of shared work spaces.

It was through the partnership with Sarah Wallace and John Wallace DDS, that NEWORK Space became a reality. Sarah Wallace has deep roots in Newark that are matched with a passionate outlook for the community's future. She and husband John are pillars of the community in business and philanthropy. Sarah is the daughter of J. Gilbert Reese, a Newark attorney, businessman, and philanthropist. She is the granddaughter of Everett D. Reese, who was chairman of the board of Park National Bank, and founded First Federal Savings, headquartered in downtown Newark.

It was only fitting then that the Lowingers and Wallaces collaborated on NEWORK Space, for that is precisely what a co-working space promotes. People with various backgrounds and business skills coming together to bring life to visions, larger than they can handle alone.

To say that the historic renovation and establishment of NEWORK Space was easy would be quite misleading. Yet, the enormous support from the community and the genuine desire to collaborate with other people allowed for the idea to become a new business.  A collaboration between a vibrant community of freelancers, entrepreneurs, academics, commuters, start-ups, small businesses, and students in an affordable, open coworking space: NEWORK Space.